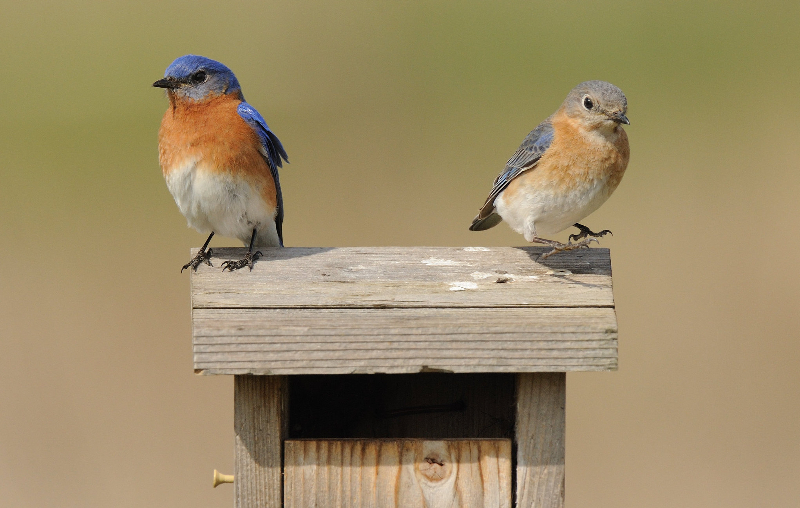 Ever wonder what the difference is between a bluebird nest and a sparrow nest? Both birds are common in North America, so you might see either type of nest in your backyard or out on a nature hike. Here’s a quick overview of some common features of both types of nests, as well as some distinguishing features of the bluebird nest vs sparrow nest.

Where to find them:

Bluebirds are cavity nesters, which means they build their nests in holes in trees or man-made structures such as birdhouses. Sparrows, on the other hand, are ground nesters and build their nests on the ground beneath bushes or in thick grass. Because of this difference in nesting habits, you will usually find bluebird nests higher up than sparrow nests.

However, both types of birds will generally avoid nesting near human activity, so if you’re looking for a nest, it’s best to check secluded areas such as woods or fields. Keep in mind that both bluebirds and sparrows are protected by state and federal laws, so it’s important not to disturb a nest without permission from the appropriate authorities.

How to point them out:

Bluebirds and sparrows are two of the most common birds in North America. They are both small, seed-eating birds with blue or gray plumage. However, there are some key differences between the two species.

So there you have it—a quick comparison of bluebird and sparrow nests! Both types of birds are common in North America, so that you might see either type of nest in your backyard or out on a nature hike. Keep an eye out for the common and distinguishing features described here, and you’ll be able to tell these two types of nests apart quickly.